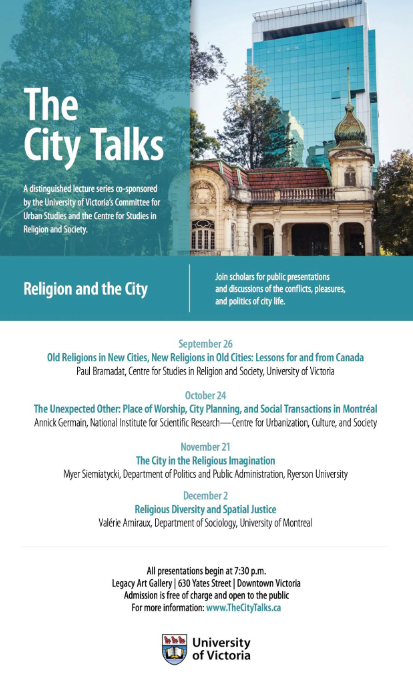 Religion in the City

October 24: The Unexpected Other: Place of Worship, City Planning, and Social Transactions in Montreal
Annick Germain
Centre for Urbanization, Culture, and Society at the National Institute for Scientific Research

*This talk was rescheduled from the Fall 2013 Series. 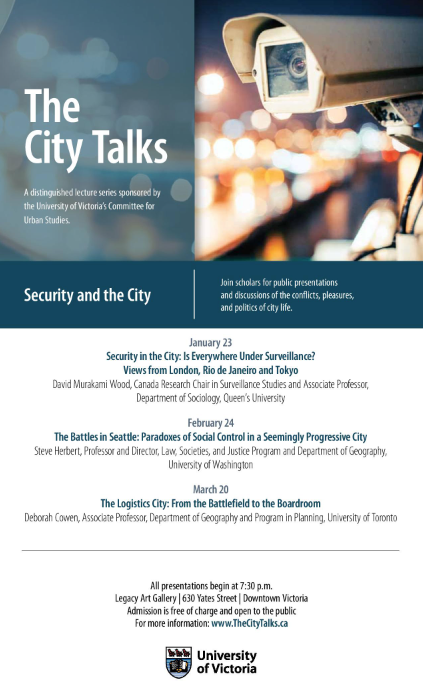 Security in the City

February 24: The Battles in Seattle: Paradoxes of Social Control in a Seemingly Progressive City
Steve Herbert
Professor and Director, Law, Societies, and Justice Program and Department of Geography, University of Washington

*Please note: This talk was cancelled due to travel problems resulting from bad weather.

March 20: In the Shadow of the Spectacle: Security Legacies in the Olympic City
Adam Molnar
Postdoctoral Fellow, The Surveillance Studies Centre, Queen's University