The religion of some has become the public concern of others in many Western contexts. Controversies, legal disputes, regulation, criminalization of certain gestures - the list is starting to be quite long when it comes to the issues that have recently provoked public discussions over the visibility we ought to grant to certain religious signs and gestures. How does this discussion of religion in the public sphere transpire in urban spaces? Which material presence of religion is tolerated, regulated, or forbidden in North America or Europe? In this talk I will discuss the concrete aspects (legal, administrative, esthetic, emotional) of the debates we see now regarding the public presence of religion in urban contexts. I start by focussing on local expressions of these crises that, over the last two decades, have engaged North American and European publics with the question of "what shall we do with the other's religion(s)?" I then link this with an additional question regarding what we might call "spatial justice" in complex contemporary societies. 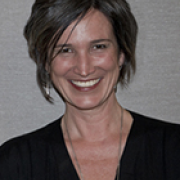 Valerie Amiraux is professor of sociology in the Department of the University of Montreal, where she serves as a researcher at the CNRS. She is Canada Research Chair of religious pluralism and ethnicity (SSHRC) and affiliated to various research centers at the University of Montreal ( CEETUM , CCEAE , CEUE). Previously she has had visiting positions in Cairo (at DEAC, 1989-90), Berlin (Centre Marc Bloch in winter 1992-1997 and 2004), Florence (1997-2001 as Jean Monnet Fellow and Research, 2005 - 2007 as a Marie Curie Fellow). She has a degree in classical Arabic and Eastern Arabic DULCO INALCO. Her current research focuses on religious discrimination against minorities in the EU, the role of the legal arena in the regulation of conflicts around the wearing of religious symbols (France, Great Britain) and more recently, the relationship between pluralism and radicalization. In all these projects, she compares several minorities believers (Jewish, Sikh, Muslim) and different contexts / countries