In the Shadow of the Spectacle: Security Legacies in the Olympic City

Olympic sports events provide public and private security officials unprecedented opportunities to catalyze large-scale security operations. Under justifications to deliver a “safe” and “secure” event, expenses associated with Olympic security plans now approximate from 20 to 50 percent of total costs in hosting an Olympic event. The Olympic sporting spectacle is significantly rivaled by its own security shadow. This talk reflects on the evolution of security-specific transformations in the Olympic city from Munich 1972 to present day, where enhancements in urban policing, practices of technological surveillance, civilian-military integration, and widespread intelligence operations have become standard security practices during major Olympic events. Given the dramatic scale of security and policing operations in the Olympic city, the talk also discusses how such security transformations contribute to a raft of post-event security legacies. Through a close examination of the security and policing legacies flowing from the Vancouver 2010 Games, as well as through current reflections on the Sochi 2014 Games, the talk draws out both the local and global dimensions to what’s at stake for security authorities as well as more marginalized populations in the Olympic city. 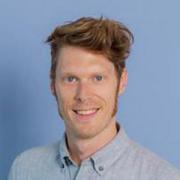 Adam Molnar is currently serving as a Postdoctoral fellow at Queen's University. Molnar is a researcher with the New Transparency Project, and his dissertation research focuses on security, policing, and major sporting events, such as the Olympic Games and the World Cup. As part of this work, he is examining the security and policing legacies of the Vancouver 2010 Olympics across a range of security and policing units, including civilian-military initiatives, public order policing, joint-operational groups, emergency management organizations, and private security organizations.

Mr. Molnar also focuses on technologies that facilitate digitally mediated surveillance, including digital identity management systems, public video surveillance, and social networking environments. Much of this work focuses on how these technologies are taken up in law enforcement and national security initiatives, and their associated normative, legal, and privacy implications.