Security in the City: Is Everywhere Under Surveillance? Views from London, Rio de Janeiro and Tokyo

For all the concentration on the possibility of large-scale, spectacular terrorist threats to the world's political and economic centres, most of what happens in urban security is more mundane and small-scale. This talk reflects on several years of work on security and public safety in Tokyo, the world's biggest metropolis, and one of 'big three' global cities along with London and New York. In common with most major cities, Tokyo has seen an increase in high-tech surveillance and a reorganization of security in the wake of terrorist attacks, but at street-level, there is still a huge variety of different security practices in different parts of the city, from the most digital to others which would not have been out of place in the nineteenth century and which can seem more like exercises in nostalgia. Underlying this, I argue, is not the fear of global terrorist, but a more pervasive anxiety over socio-economic transformation and the opening of Japan to other kinds of global flows: trade, migrants and culture, even in this most apparently fast-moving and twenty-first century of Asian cities. 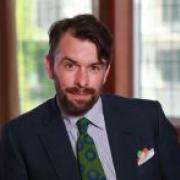