In her presentation, Anna Waclawek traces the history of Montreal’s signature graffiti writing culture, which emerged in the early 1990s when a couple of French tourists introduced the city to tagging. A few years later, the "second wave" of the Montreal scene, characterized by painting in makeshift spaces physically and ideologically removed from the cityscape’s visual culture, was in full effect. Abandoned warehouses and factories, as well as highways and train yards were among the breeding grounds of local hand styles and letterforms. These sites became emblematic of what it meant to write graffiti in Montreal during this period; far removed from the city center, a subculture was brewing. These developments eventually led not only to the creation of “Under Pressure,” the largest international graffiti festival in North America, but also to the creation of numerous impressive commission, permission, and legal walls. As the subculture blossomed within the downtown core and in various other neighborhoods, participation grew and the city began enforcing stricter penalties for graffiti writing. At the same time, street artists, whose practices are universally more tolerated and enjoyed by the general public than by municipal authorities, were transforming the local scene both visually and politically as Montreal residents began opening up the age-old debate of art vs. crime. In this talk, the specificities of urban painting in Montreal are explored with regard to local politics, visual culture, and socio-cultural particularities as formative factors in the city’s distinct graffiti/street art scenes. 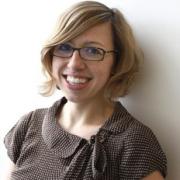 Anna Waclawek currently works in the Department of Art History at Concordia University in Montreal, Canada. She received her PhD from Concordia’s Interuniversity Doctoral Program in Art History (2009). She holds a BA in Sociology and Art History from McGill University (2001) and an MA in Modern Art Curatorship from the University of Sydney, Australia (2003). Waclawek’s book Graffiti and Street Art (2011, Thames and Hudson, World of Art series), is a result of research conducted throughout Canada, the USA, Japan, China, Poland, Germany, the UK, France and Spain. The book analyses the various functions of graffiti and street art in the urban environment and their increasingly important role in visual culture.