Jen Bagelman
Postdoctoral Fellow, Department of Geography, University of Victoria
Harsha Walia
Social justice activist, journalist, and co-founder of the Vancouver chapter of No One Is Illegal

The term ‘sanctuary’ often conjures images of a sacred, secured, and contained space. However, in the context of a growing refugee crisis, we are witnessing the emergence of a more expansive grassroots effort to establish entire cities as a place for sanctuary. This session begins with Jennifer Bagelman briefly examining the UK-based sanctuary movement with a focus on Glasgow, host to the largest population of asylum seekers in the UK. Harsha Walia will lead the remainder of the session, addressing the following question: How can calls for a sanctuary city strengthen social movements and increase freedom rather than reinforce the myth of Canadian multiculturalism and state control over the lives of nonstatus migrants and all those living with precarious status? 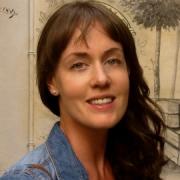 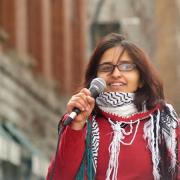 Harsha Walia is a South Asian author and activist, currently residing in Vancouver, on unceded Coast Salish territories. Harsha is a cofounder of the migrant justice group No One Is Illegal and the progressive South Asian network Radical Desis. Harsha attended law school at UBC and currently works at the Downtown Eastside Women's Centre. She is also an organizer in the Annual Women’s Memorial March Committee, Defenders of the Land Network and sits on the boards of the South Asian Network for Secularism and Democracy as well as Shit Harper Did.She is an editorial collective member at The Feminist Wire. Harsha's writings have appeared in over fifty academic journals, anthologies, and magazines. She is the author of Undoing Border Imperialism, which is currently in its second print run. [Source: SFU.ca]

This City Talk was co-sponsored by the European Union Centre of Excellence at the University of Victoria.