How Political Are Streets?

There is a common assumption about space and politics in the city. It is that the street has a uniquely valuable relationship to democracy and that the right to occupy and use the street is, in many ways, tantamount to the right to act politically. This relationship has always been taken for granted in communitarian and radical political frameworks; now the street has turned up as an object of desire from postmodern, queer, and other critical perspectives. My talk looks at how the street serves as a touchstone for a wide range of political hopes and expectations. I focus on the political characteristics that are attributed to the street, asking what the contribution of the street is to the public life of cities and whether streets are really as political as people assume. I argue that because of the unclear boundary between public and private space in the early twenty-first century city, democratic politics in the urban public sphere can be wedded to the street and at the same time distanced from it. 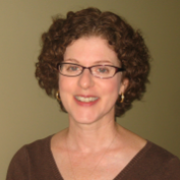 Judith Garber is Associate Professor of Political Science at the University of Alberta, where she teaches, writes, and does public speaking about cities, law, and U.S. politics. She has also been Executive Director of the Centre for Constitutional Studies at the University of Alberta. In particular, Dr. Garber is interested in public space in cities in Canada and the U.S. – its political qualities, how it is defined, and how it is shaped by gender and sex. She is currently writing, too, on the constitutional influences on the use and regulation of private property and on the ways in which US cities have been implicated in the “war on terrorism.” She has co-edited the book, Gender and Urban Politics, and has published articles and chapters on a variety of topics in scholarly journals and edited books. Dr. Garber has been involved for many years with non-profit housing organizations in Edmonton.