Rights of Passage: Sidewalks and the Regulation of Public Flow

Rights of Passage: Sidewalks and the Regulation of Public Flow

In his presentation, Blomley will draw from his recently published book, Rights of Passage, to illustrate and explore the nature of a powerful and under-researched form of urban governance that shapes the production and regulation of public space, particularly the sidewalk. This logic, which Blomley terms ‘pedestrianism’, values public space not in terms of its aesthetic merits, or its success in promoting public citizenship and democracy. Rather, the function of the sidewalk is understood to be the promotion and facilitation of pedestrian flow and circulation, predicated on the appropriate arrangement of people and objects. This remarkably pervasive yet overlooked logic shapes the ways in which public space is regulated, conceived of, and argued about. Complicating the prevailing tendency to focus on the socially directive nature of public space regulation, Blomley reveals the particular ways in which pedestrianism deactivates rights-based claims to public space. 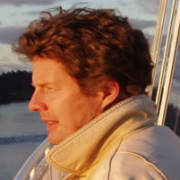 Nicholas Blomley is a legal geographer at Simon Fraser University, with a particular interest in property and its relationship to the politics of urban space. He has written on topics such as gentrification, homelessness, First Nations dispossession, public gardening, and the regulation of public space. He is the author of several works on legal geographies and the politics of urban space, including Law, Space, and the Geographies of Power (1994) and Unsettling the City: Urban Land and the Politics of Property (2004). He is also the co-editor of The Legal Geographies Reader: Law, Power, and Space (2001) and has recently completed a study on the politics of the sidewalk as a public space entitled, Rights of Passage: Sidewalks and the Regulation of Public Flow (2010).