City, Nation, and Empire: The Urban Texture of Montreal's 1960s

City, Nation, and Empire: The Urban Texture of Montreal's 1960s

With the breakup of European empires following the Second World War, new bodies of anti-colonial and anti-imperial theory emerged, and Western intellectuals were forced to recognize what Kristin Ross has called one of the great gauchiste particularities of the time. Theory itself, she argues, was being generated not from Europe but from the third world.

No North American city was as dramatically affected by Third World liberation theory as Montreal. Activists in Montreal drew on anti-imperialist analyses emanating from Africa, Asia, and Latin America in attempts to reinterpret their local conditions, and ‘Quebec decolonization’ became the rallying cry for a whole generation of oppositional intellectuals. While political actors framed their movement in national terms, however, they also operated in a highly charged local milieu, one in which competing claims of colonization and decolonization collided. The city became home to not one, but many, overlapping movements of resistance.

This paper will explore the political movements of 1960s Montreal from the angle of the city, arguing that the period’s history acquires new meaning if we take seriously the urban environment in which oppositional movements were forged. It will highlight the importance of geographical representations of the city in cultural and intellectual works, and will discuss the complex interactions between groups of different linguistic and ethnic origin in forging an alternative culture. 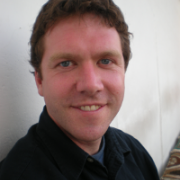 Sean Mills is a postdoctoral fellow at New York University. His research interests include postcolonial thought, migration, race, gender, and the history of empire and oppositional movements. He has published numerous works on Quebec and Canadian history, including The Empire Within: Postcolonial Thought and Political Activism in Sixties Montreal. He is also co-editor of New World Coming: The Sixties and the Shaping of Global Consciousness, a major collection of essays reassessing the meaning, impact, and global reach of the period’s social movements. In January 2011, he will begin a position as Assistant Professor in the Department of History, University of Toronto.