Anarchy in the UK! Envisioning and Enacting the Anarchist City

The City Tallks: Anarchy in the UK! Envisiong and Enacting the Anarchist City by Richard White

Drawing close attention toward the empirical research that has explored everyday material, social, and emotional coping strategies across a number of English cities, this talk makes the argument that anarchy in the UK is still alive and well! But, in a society that tells itself it is capitalist, what radical implications and exciting possibilities can be entertained through such recognition? Responding to this question, the talk focuses on the potential for imagining, envisioning, and enacting demonstrably anarchist futures of work and organisation within the city, and the challenges that come in doing so. Concerning the latter, attention is paid to highlight some of the key barriers to participation in work that has been organised informally through mutual aid, reciprocity, volunteerism, and cooperation. Similarly, the need for ongoing critical reflection where “anarchist economic spaces” are concerned is also to be encouraged. This is particularly the case when focusing on the uneven an/archist urban geographies harnessed through community self-help. The final part of the talk proposes a range of tangible and creative ways to think about how we can transgress these barriers in ways that unleash our economic imaginaries, and allow anarchist praxis to flourish in more visible, influential, and experimental ways within “the city.” 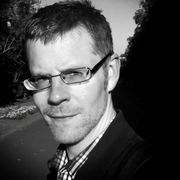 Richard J. White is a Reader in Human Geography in the Department of Natural and Built Environment at Sheffield Hallam University, UK. Greatly influenced by anarchist praxis, his main research agenda explores a range of ethical, economic, and activist geographies focused on social justice, and a politics of total liberation. Richard’s work on anarchist economics has been published in a range of international inter-disciplinary journals, such as AREA and Antipode, and books, including Sharing Economies in Times of Crisis (2017, Routledge); The Handbook of Neoliberalism (Routledge, 2016); and The Accumulation of Freedom (AK Press, 2012). He has also recently co-edited a trilogy of volumes on anarchist geography with Simon Springer and Marcelo Lopes de Souza, namely The Radicalization of Pedagogy, Theories of Resistance, and The Practice of Freedom (Rowman and Littlefield, 2016). He can be contacted at Richard.White@shu.ac.uk

This City Talk was co-sponsored by the Erasmus+ programme of the European Union through the Jean Monnet EU Centre of Excellence at the University of Victoria.