Theatre and the City: Early Modern London in Reality and on the Stage

Between 1550 and 1600 London grew from a city of 50,000 to one of 200,000 residents. This demographic surge was accompanied by changes in many other aspects of the city’s life from an increase in pollution to growth in international trade to a spike in certain kinds of criminality. In cultural terms, one of the biggest changes was the establishment of purpose-built playhouses in the city and in its suburbs, playhouses in which a vibrant drama quickly took shape. In this lecture I explore the various ways that the theatre responded to the city of which it was a part, sometimes by setting plays in an imaginary London and sometimes by creating dramatic fictions that more indirectly spoke to the social issues posed by rapid urbanization and the acceleration of commercial activity within what was quickly becoming a bustling metropolis. 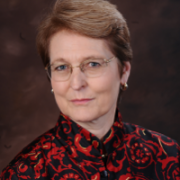 Jean E. Howard is George Delacorte Professor in the Humanities at Columbia University where she teaches Renaissance Literature, Feminist Studies, and Literary Theory. Her books include Shakespeare’s Art of Orchestration: Stage Technique and Audience Response (1984); The Stage and Social Struggle in Early Modern England(1994); Engendering a Nation: A Feminist Account of Shakespeare’s English Histories (1997), co-written with Phyllis Rackin; and Theater of a City: The Places of London Comedy 1598-1642 (2007). The latter recently won the Barnard Hewitt Prize for the outstanding book of theater history for 2008. In addition, Professor Howard is one of the co-editors of The Norton Shakespeare and has edited seven collections of essays. The recipient of Guggenheim, ACLS, NEH, and Huntington, Folger, and Newberry Library Fellowships, she has also been President of the Shakespeare Association of America and an active member of many committees of the Modern Language Association. As an administrator, Howard has served as a Trustee of Brown University, has chaired Columbia’s Institute for Research on Women and Gender, served as Columbia’s first Vice Provost for Diversity Initiatives, and has just completed a term as Chair of the Department of English and Comparative Literature. She is working on two books: a study of the plays of the contemporary feminist dramatist, Caryl Churchill, and a book on Renaissance tragedy.