In December 2017, the Global Alliance Against Traffic in Women (GAATW) issued a statement in response to the European Union’s new priorities on trafficking in persons. Growing out of its recently released seven-country study on sex work organizing, GAATW maintained that there is one critical stakeholder – sex worker rights organizations - that have consistently been excluded from such high level discussions. Their work in ensuring the safety and wellbeing of everyone engaged in sex work has gone largely unrecognized, and they have more often than not been vilified by the anti-trafficking community. This talk will share the findings of GAATW’s seven-country study, which considered sex work organizing and anti-trafficking work in cities in Canada, Mexico, Spain, South Africa, India, Thailand, and New Zealand. 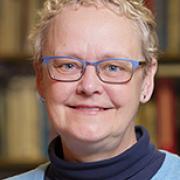 Annalee Lepp is an Associate Professor in Gender Studies at the University of Victoria and a founding member of the Canadian branch of the Global Alliance Against Traffic in Women (GAATW). GAATW, whose international secretariat is located in Bangkok, is a network of over 80 non-governmental organizations worldwide, including migrant rights organizations, self-organized groups of migrant workers, domestic workers, sex workers, and survivors of trafficking. The Alliance promotes and defends the rights of all migrant workers in the formal and informal work sectors in an increasingly globalized labour market and supports the decriminalization of sex work.

This City Talk was co-sponsored by the Erasmus+ programme of the European Union through the Jean Monnet EU Centre of Excellence at the University of Victoria.